Thanks to fantastic teamwork by staff, residents and the Friends of Camelot, and support from families, friends and neighbours, this year’s summer fete at Camelot House and Lodge has raised a total of £1,006, which will all be ploughed back into the annual activities programme for residents. 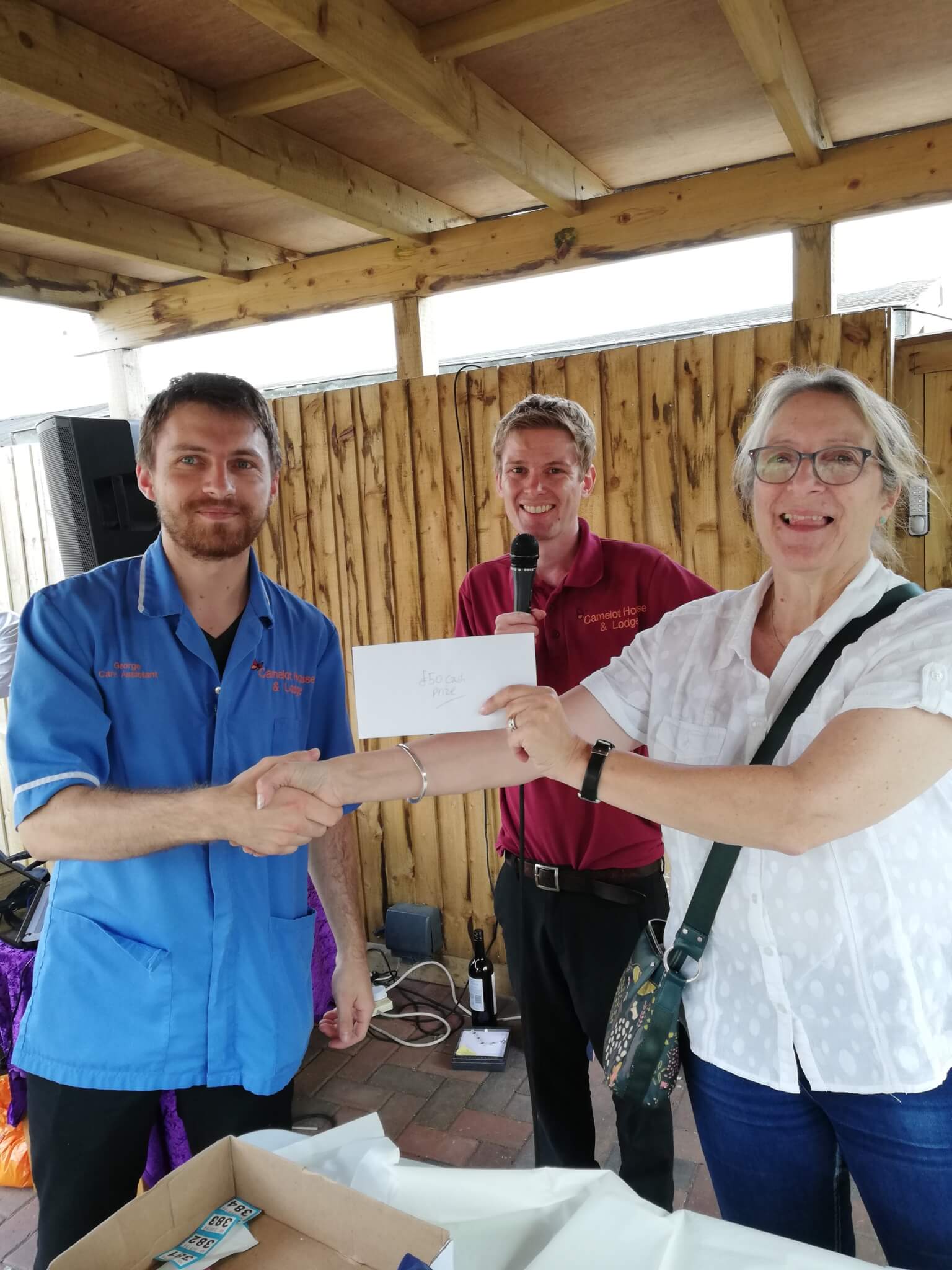 Although strong winds and rain were forecast, when the day arrived so did the sunshine, much to the delight of the organisers and the people with dementia who live at the Wellington care home.

The fete was opened by Janet Lloyd, Wellington’s Town Mayor, and was supported by the Dementia Awareness Alliance (DAA) who were represented on the day by Brian Standring handing out leaflets for this good cause.

Much amusement was provided by the ‘name the bear’ competition – won by Isobel Nutkins who chose to call him Tim – while activities assistant Sophie Carter won the ‘guess how many sweets’ competition with the amazingly accurate estimate of 500 (there were 503).

Entertainer Tony B wowed the crowd with familiar tunes that got people dancing, while a team of busy stall-holders kept fete-goers refreshed with a popular barbecue, ice-creams, candy floss, cakes and drinks.

Many keen gardeners were delighted with purchases they made on the plant stall, and the busy tombola stand proved its enduring appeal.

The top raffle prize – £50 cash – was won by healthcare assistant George Maniosu, and the lucky runners-up received two return tickets for the Somerset railway, and cream teas for two at the Castle Hotel.

Activities co-ordinator Richard Dempslake said: “The success of the day was well deserved, because a huge amount of time, effort and love had gone into the planning.

“I’d like to say a big thank you to everyone who supported us on the day and in the planning, and give a special mention to stall-holders Angie, Carol, Kathy, Sue, Jenny, Isobel, Dave, Jenna, Lily, Sophie, Amy, Shawn, Heather and husband, Shirley and Audrey, as well as Richard, Alan, Martyn, Vlad, Emily, Elena, Wally, Sam, Bonnie, Millie, Dawn, Louise and Kathy who were busy with a million and one other jobs on the day – you were all fantastic!”