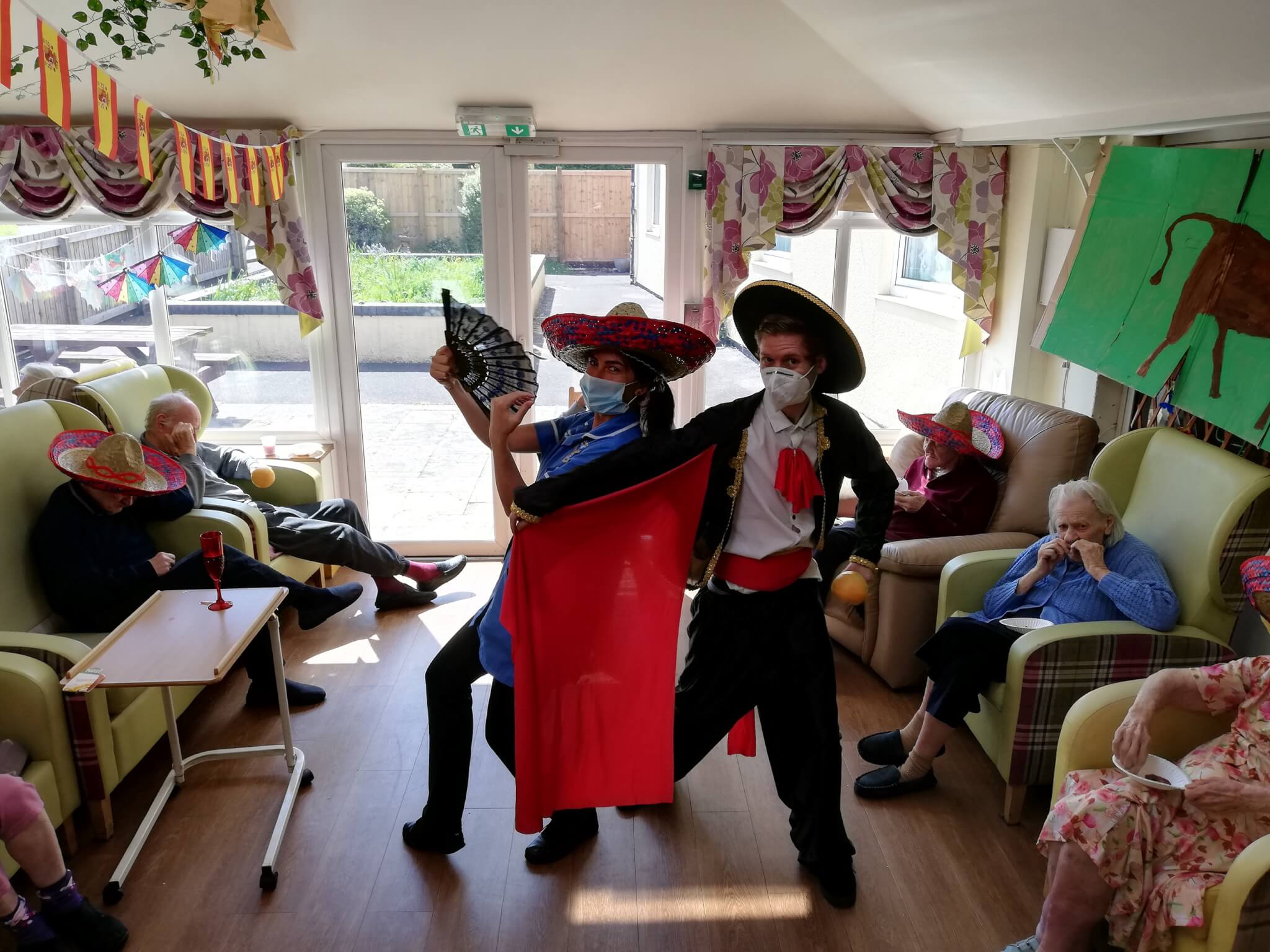 With lockdown looking set to continue for many more weeks for those over 70, a Taunton care home supporting people with dementia has been providing a virtual getaway with a Spanish flavour for its residents.

Richard Dempslake, who leads the activities team at Camelot House and Lodge, set the tone for the day in advance, enlisting the creative input of his team to support residents in making Spanish-themed props, including a model of a flamenco dancer, a bull, DIY castanets and a variety of colourful hispanic wall-posters. 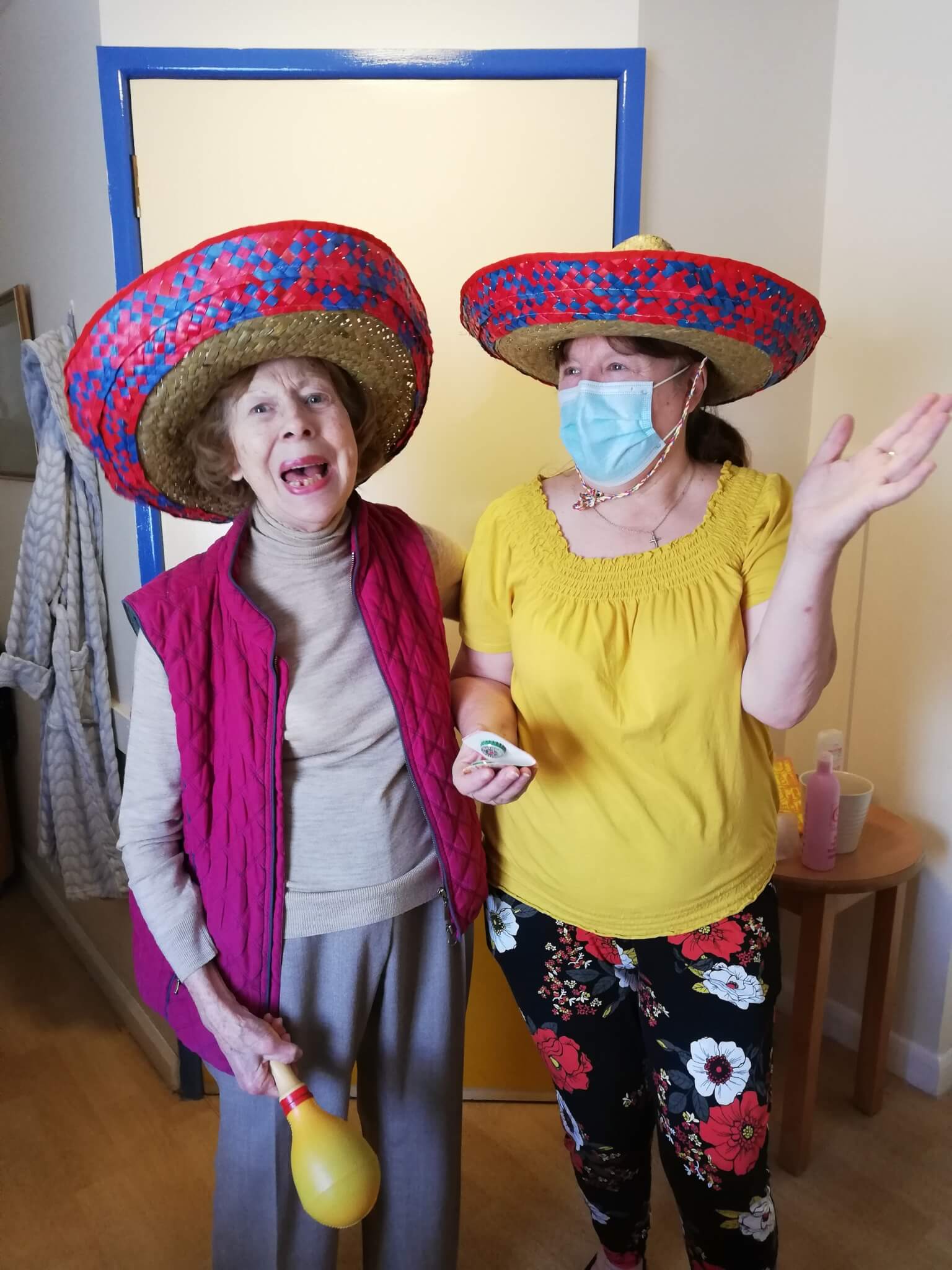 With music always a crucial element in the care of people with dementia, the compilation of a suitably themed playlist was undertaken by team members Larisa Varvaroi and Ruben Fernandez both of whom could draw on experience, having actually lived in Spain.

Residents were encouraged to contribute to the Latin rhythms by playing on maracas and castanets.

Costumes included sombreros, which originated in Spain before they became popular in Mexico, and Richard Dempslake dressed as a toreador – although he was adamant that he does not support bullfighting.

Further amusement was provided with a Spanish-themed quiz, which prompted residents to draw on their musical knowledge and name popular hits such as Y viva España and the Engelbert Humperdinck hit Spanish Eyes, as well as giving them the chance to learn or recall some Spanish vocabulary.

Richard Dempslake said: “The restrictions imposed by lockdown make it more important than ever for us to try to make life feel as normal and happy as possible for our residents, many of whom do not understand why they cannot go on the local outings they usually enjoy.

“We weren’t sure how performing wearing PPE would work – whether, for example, residents would be able to hear us – but despite my concerns they really loved it.

“The event raised everyone’s spirits with lots of laughter, residents dancing with each other, enjoying a nice sangria – and it was a pretty good escape from what was going on outside our Spanish bubble.

“I’m grateful to everyone in the team who helped on the day, and especially to my activities assistants Kathy Burge and Sophie Carter.”

Other recent events have included a silent disco, which included special requests for residents that Richard had encouraged family members to send to the home, and staff have also organised a virtual flight on a static aeroplane which was recreated in Camelot House’s main lounge.

Camelot House and Lodge is run by Camelot Care which runs other homes in Bridgwater and Plymouth. For further details see www.camelotcare.co.uk